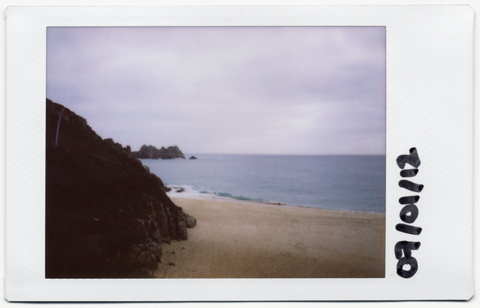 Looking back, 2011 was the most changeable, exciting, terrifying year since 2005 when I decided to quit my job and move to Cornwall. I turned 30, we went to Hawaii, I left my job of six years to join the team at Finisterre, we finally bought a van, and we made a huge commitment and got a dog. I've had so much buzzing around my head what with starting a new job (with puppy in tow) that there hasn't been room for much else, so this blog and my photos have been sadly neglected.

Finally things are settling down. There's something I love about the start of a new year, a curious sort of optimism. Nothing's changed, but it feels like an opportunity to appraise things and leave the previous year behind. I always say I don't believe in new year's resolutions (or rather making promises I can't keep) and yet usually make some (here are 2010 & 2011's) so here are my aspirations for 2012:

Surf more
Worry less
Do something with the photos I take
Be better at keeping in touch with people
Save up for another trip (California?)


Posted by Rebecca Pepperell at 00:05