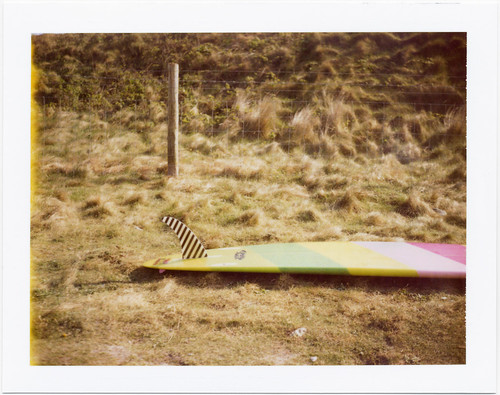 When a surfboard's right it feels like a piece of you. I knew as soon as I first surfed this board that it was right. But then in California I tried Chris's Quiver Q-Pro, and that really felt right. So I ordered one, and reluctantly polished poor Stripey up ready to sell. Testament to Fluid Juice's bomb-proof glassing (and my preference for avoiding busy breaks) it looked as good as it did the day I picked it up over 7 years ago, and without a single ding. The very next day it was despatched to its new owner Nina in Polzeath.

I'm still torn. That board feels like a big part of my surfing identity, I've had people come up and say hi because they've recognised me by it, it's strange to think of someone else riding it. Maybe I should have retired it to rest out its days on the wall - sitting typing in my spare room I can't help but think it would look good in here. In the end though it's just a board, and it's time for me to move on to a new board that will challenge my progressive surfing. Nina let me know the other day that she's enjoying it, I'm glad it's gone to a great home and hope she loves it as much as I did. 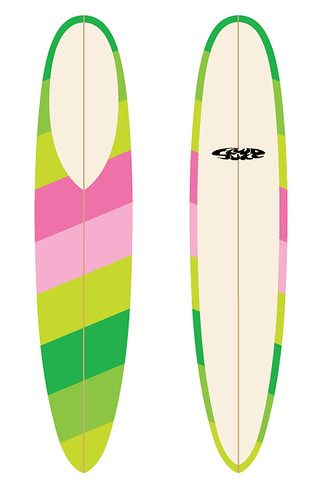 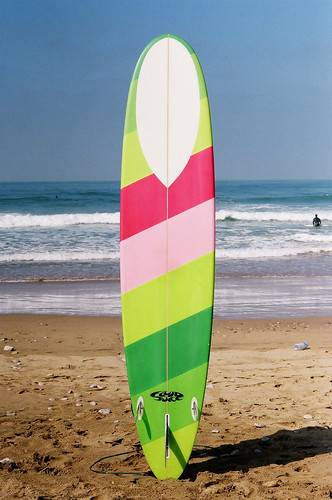 My original spray design, and the finished board on its maiden voyage in Morocco, January 2007. 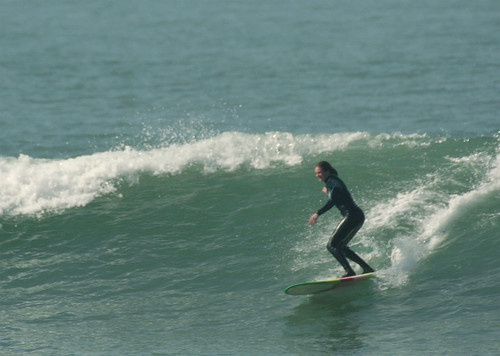 One of my first surfs on it, Morocco 2007. Photo Mike Stevens. 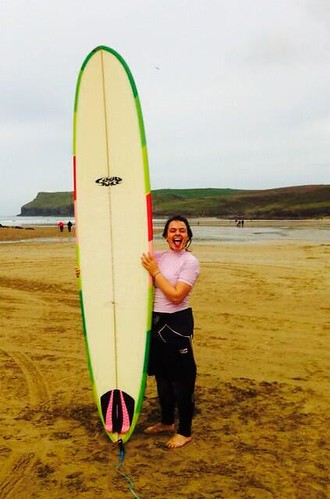 Nina's first surf with it, Polzeath 2014. Photo @ninazietman
Posted by Rebecca Pepperell at 19:41