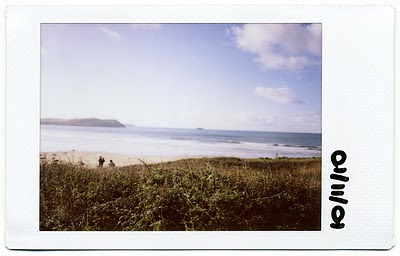 Ever feel like everything is conspiring against you having a surf?
I had a 10 o'clock meeting in Wadebridge yesterday, so it seemed rude not to try for a sneaky surf beforehand. I managed to get stuck behind every slow moving vehicle in Cornwall on the way there and when I finally made it to the beach (nearly 45 minutes later than planned) the tide was too high anyway. Not wanting to be defeated I wangled an extended lunchbreak and went back for another look after the meeting - by then I felt I had to get in whatever the conditions seeing as winter mid-week surfs are so precious.

Now I don't think you can put a price on a good surf, but sometimes you just have to wonder if it was really all worth it...